When it comes to retirement, women are in even more trouble than men, says a new study. 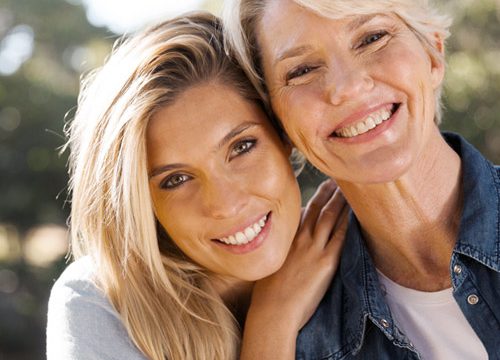 Numerous studies indicate that a retirement crisis is pending, with most Americans having saved barely enough to get through a single year—much less all the years of an entire post-employment retirement and all the health care costs they’re likely to bring.  But women are particularly challenged in putting away enough money to see them through the years when they leave the workplace—and a new study from the National Institute on Retirement Security (NIRS), “Shortchanged in Retirement: Continuing Challenges to Women’s Financial Future,” examines what it calls the “three-legged stool … of Social Security, a pension, and personal savings for retirement,” which it says is “broken, especially for women.”  Baby boomer women, the study says, are the first generation to hit retirement age in a time when they’re less likely to have a defined benefit pension, don’t get enough Social Security to make ends meet, and have not managed to save enough to make up the difference.

In addition, “women work well into their retirement years and some may not retire at all.”

A combination of investment losses from the Great Recession and a need to make up for lower career retirement savings is likely responsible—particularly since women’s longer lifespans mean they will need more money than men to see them through retirement.

Despite the fact that in 2012 women were “somewhat more likely than men” to have jobs in which employers offered retirement plans, that doesn’t mean they were able to participate.  While the eligibility gap limiting women’s participation has narrowed since 2006 (in 2012, 89 percent of men whose employers offered a plan were eligible, compared with 85 percent of women), and men and women now have the same overall participation rate, women do still have obstacles to overcome to be eligible: higher rates of part-time employment and shorter job tenure.

The percentage of women working for employers offering defined contribution plans has shrunk, and the median value of their accounts is a third lower than that of men’s.

The share of women working for employers that offered only defined contribution (DC) retirement plans shrank from 49 percent in 2009 to 46 percent in 2012.

The lower median value in their accounts is partially due to the fact that women tend to contribute less to their accounts—but another contributing factor is women’s dislike of risk.

Even though the median household incomes of individuals aged 65 and older has increased, women have 26 percent less income than men, face higher medical expenses, and are more likely to need long-term care provided by a facility or caregiver.

Using the Elder Economic Security Standard Index, the study found that an average single woman 65 and older needs $2,002 per month if she rents a home, and $410 a month for health costs—totaling $123,000 if she lived to age 90 and the cost remained constant.

However, Fidelity Investments estimated that both men and women would need savings of $220,000 for health care in retirement, and the Employee Beneﬁts Research Institute (EBRI) estimated in 2012 that a 65-year-old woman would need between $154,000 and $210,000 to cover medical costs in retirement, depending on how much she spends on prescription drugs.

Social Security is an important source of income for older households with incomes less than $80,000, and women who are widowed, divorced and over age 70 rely on those benefits for a majority of their income.

Black women rely largely on Social Security; women of other ethnic groups also rely on wages to a large extent.

For women age 65 and older, Social Security provided 52 percent of household income; for men, 47 percent. (It accounts for 90 percent of income for nearly half of unmarried women, including widows, aged 65 and older.)

Widowed women are twice as likely to be impoverished than widowed men.

White and black women are almost twice as likely to be living in poverty than their male counterparts during retirement.

Women in the health care, education, and public administration fields, where DB pension plans are more prevalent, have higher incomes in retirement and lower rates of poverty than in other industries, due to their increased participation in DB pension plans.

Rick Diamond is a family-focused, business-driven financial services veteran. He works tirelessly to educate clients on complex financial options for themselves, their families, and their businesses. Rick founded The ROI Group to fill a void in financial education, and believes that with the right tools, people can make sound financial decisions. Pressure not included.